WELCOME TO THE NAVY LEAGUE OF AUSTRALIA

WELCOME TO THE NAVY LEAGUE OF AUSTRALIA

The Navy League was established in Australia in 1900, initially in the form of small branches of the United Kingdom Navy League (established in 1897) and since 1950 as an autonomous national body headed by a Federal Council consisting of a Federal President and representatives of the six States, the Australian Capital Territory and the Northern Territory.

The Navy League of Australia is now one of a number of independent Navy Leagues formed in countries of the free world to influence public thinking on maritime matters and create interest in the sea.

The Navy League of Australia cordially invites you to become a Member and join in what we believe to be an important national task. 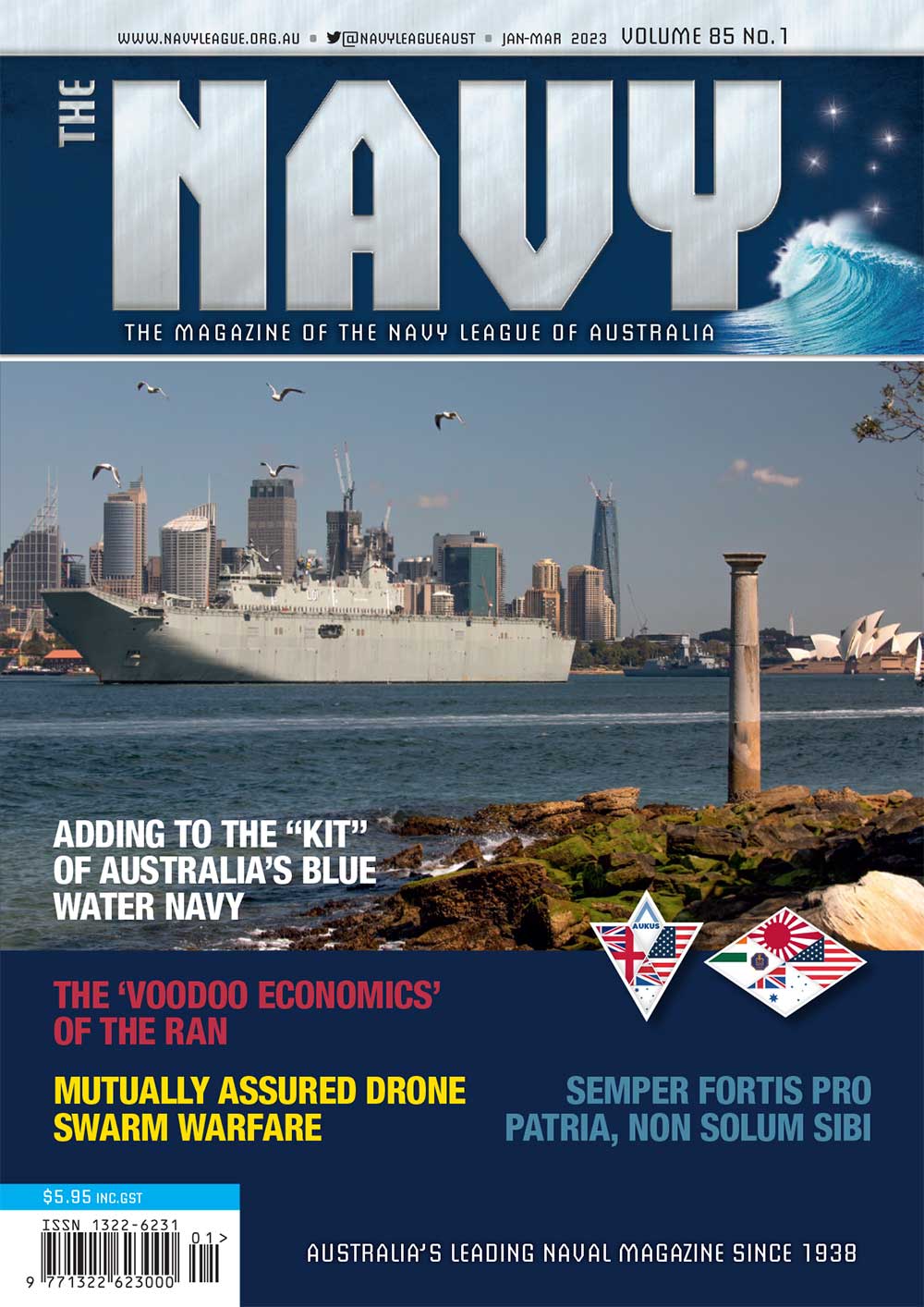 *The full contents of the Navy magazine is not included in the condensed version, readers are encouraged to obtain the full edition of the Navy Magazine by joining the League.

In only a short time much has happened to impact Defence planning and strategic thinking vital for the national wellbeing and freedom of Australia. [...]

The Navy League of Australia is excited to announce the publication of the history of the Navy League from 1895, fully illustrated and available in hard or soft copy.
For a synopsis of the book CLICK HERE.

Sign up for Navy League Membership and receive our quarterly Navy News magazine for free. and you will also be kept up to date with all of our activities. Only $35 per year!

READY FOR THE NEXT STEP?