What the Victoria-Tasmania Division does:

CRESWELL ORATION
The Creswell Oration is the major event of the year for the NLA Vic-Tas Division, which is arranged in conjunction with the Victorian organisations NOC, NAA & NHS. It is a great time to catch up with friends and hear the latest in naval affairs. Due to COVID restrictions, this event has been postponed until further notice. 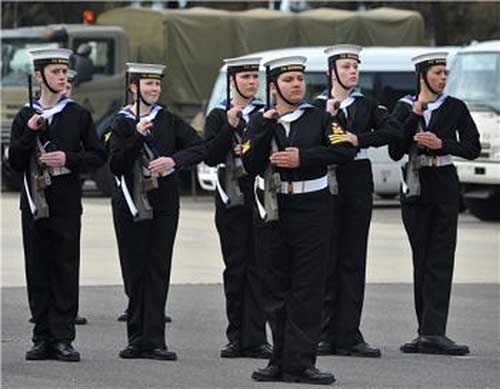 AUSTRALIAN NAVY CADET UNITS
The first unit of the Australian Navy Cadets  was established in 1907 at Williamstown by the Australian Navy League of Australia and the Royal Australian Navy.  A new Australian Sea Cadet Corps (ASCC) Training Ship (TS) Voyager was established in I956.  It was known as the Police Cadet unit as its officers and Instructors, apart from being ex naval personnel, were members of the Victoria Police force. The unit was the youngest of six units in Victoria, at the time, until TS Latrobe was formed some time later.  Read the full HISTORY OF TS VOYAGER.

Navy Cadets learn seamanship skills such as navigation, sailing, practical boat work, communications and signals and marine engineering. They are also taught a range of other skills including: 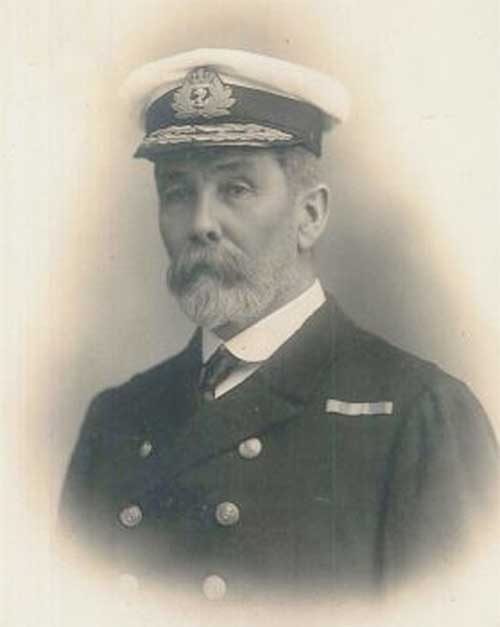 He entered the Royal Navy’s training ship Britannia as a cadet in December 1865. He had a distinguished career and rose up quickly through the ranks. By 1 May 1900 he was appointed commandant of the Queensland Naval Forces. Creswell was being looked upon as the nation’s chief spokesman on naval matters and, on 25 February 1904, the government appointed him to a newly created position of Naval Officer Commanding the Commonwealth Naval Forces (CNF). This was additional to his duties as naval commandant in Queensland and, after 20 October 1904, in Victoria.

A full biography may be found at http://www.navy.gov.au/biography/vice-admiral-sir-william-rooke-creswell

In honour of Sir William’s vital role in our nation’s history, the Creswell Oration luncheon has been organised by the ANFD, usually on 1 March each year.

Speeches given at the Oration luncheons are available below for viewing:

1 March 2019 Creswell Oration
CDRE Tim Brown, Director General Submarines, gave the Creswell Oration in 2019 on the subject of the Future Submarine Program.  CDRE Brown is a graduate of the Australian Institute of Company Directors and the Australian National University National Security College. In 2011, he completed a Masters Arts (Strategic Studies) at the Centre for Defence and Strategic Studies (Australian Defence College).

22 March 2018 Creswell Oration
RADM Jonathan Mead gave the Creswell Oration on “The State of the Fleet” at the William Angliss Restaurant in the city of Melbourne, Victoria.  RADM Mead joined the RAN in 1984 and specialised in Mine Clearance Diving and Explosive Ordnance disposal.  RADM Mead assumed the position of Commander Australian Fleet on 19 January 2018.

14 July 2017 Welcome Luncheon CAPT Tim Standen
A Welcome Luncheon was held at the Mercure Hotel for Captain Tim Standen CSC RAN and his wife Karen. Growing up in Townsville, Queensland, Captain Standen joined the RAN as an Apprentice Air Technical Communications sailor on 8 January 1979 at the age of 16, where he undertook apprentice training at the then HMAS Nirimba, Quakers Hill NSW. This was followed by numerous postings over the next 37 years. Captain Standen assumed command of the training establishment, HMAS Cerberus on 13 January 2017.

Listen here for Captain Tim Standen’s podcast. An excellent, engaging speech on the status of the 30 year ship building program and the vital role HMAS Cerberus will play in the future.

The NLA Vic-Tas Division supports two yacht club races: the Lonsdale Cup in conjunction with The Royal Victorian Motor Yacht Club and the Geoffrey Evans Cup in cooperation with the Royal Yacht Club of Victoria.

GEOFFREY EVANS CUP HELD OCTOBER EACH YEAR
GEOFFREY Evans, whose dedication to the Royal Australian Navy extended far beyond his 40 years of service and earned him the light-hearted title ”the Fifth Naval Member” among his Admiral friends – a play on the original Naval Board having four members – died in 2012 of a lung infection at Royal Melbourne Private Hospital. He was 90.

Geoffrey Evans saw active service in the Pacific theatre in World War II and went on to co-found an industrial chemical company in Box Hill. In-between, he was a stalwart of the Navy League of Australia and served as Aide-De-Camp and then Private Secretary to the Governor of Victoria. He also served three terms as an alternative member of the Press Council between 1987 and 1996. He even led a major behind-the-scenes effort in 1983 to get the Federal Government to reinstate the RAN with an ”affordable” aircraft carrier after the Navy’s last carrier, HMAS Melbourne, was decommissioned in May 1982 and later sold to China for scrap metal.
Born in Melbourne to Frank and Doris Evans, he was educated at Trinity Grammar and Scotch College. His grandfather, G.F.Holden, was an MP and Chairman of the Melbourne Harbour Trust from 1913 to 1934.

Evans joined the RAN as a sailor in 1941 and served in the armed merchant cruiser Manoora before joining the new destroyer Warramunga before it was commissioned in November 1942. He served on that ship until August 1944. He was on Warramunga in July 1943 when, as part of Task Force 74, the ship provided fire cover for landings in Kiriwina and Woodlark islands. Three months later the ship shelled Gasmata Island in support of landings there, and in December it supported landings in Aware and was involved in pre-landing bombardment of Cape Gloucester. (During 1944 and 1945, Warramunga covered a multitude of landings and despite coming under fire on many occasions and suffering a near miss during a kamikazi attack during the Lingayen Gulf operation, the destroyer suffered no serious casualties.)

Along the way Geoffrey Evans was appointed to junior officer rank (Sub Lieutenant), and then to Lieutenant. His full-time service ended in 1947, and then he joined the RAN Reserve when it was re-activated, retiring with the rank of Commander in 1982.

After the war, he concentrated on establishing an industrial chemical company, Kemol Pty Ltd, with a partner, Mel Butler. They were advised by Evans’ father, Frank, who was an industrial chemist. The company manufactured products ranging from shampoos to industrial coating compounds and auto and building fillers. One of the products, called Strawberry Shampoo, was used by well-known 1940s stage and radio star, Stephanie Deste, at her beauty salon called Stephanie Deste Beauty Lodge. Deste, who is said to have inspired Dame Edna’s flamboyant eyeglasses, made capital of her belief that the strawberries for the shampoo were flown in daily from New Zealand. Evans was involved with the business from 1948 until 1976, when it was sold.
In between, he was ADC to the Governor of Victoria, Sir Dallas Brooks in 1956 then spent some time catching up on his business affairs, before taking up the appointment of Private Secretary to the Governor in 1962-63. When Sir Dallas became Chairman of Rothmans National Sports Foundation, Evans became his Personal Assistant up to 1965.

In his spare time, Evans was one of a small group of naval personnel who ”Australianised” the UK-based Navy League and established the Australian Sea Cadet Corps, of which he was senior officer in Victoria from 1953 to 1975. He was a member of the Sea Cadet Council for the same period. Evans was President of the Navy League in Victoria from 1967 to 1973, Federal President 1972 to 1994, and Chairman of the League’s Advisory Committee for some years thereafter.
His knowledge of maritime matters and his wide range of contacts through successive Chiefs of Navy and numerous other notables both in Australia and overseas, were of immense value to the League.

Most of the Chiefs of Navy during his periods of office became personal friends, which helped the League to fulfil its main aim of ”maintaining the maritime well-being of the nation” -hence reference to him being ”the fifth naval member”.

The League was presented with a particular raison d’etre in the early ’80s, when the government decided to disband the fixed-wing component of the Fleet Air Arm, which continues to leave the RAN without the essential support it will surely need in some situations during a conflict. In addition to seminars, articles and letters to the press, he organised a group, consisting of League members, a naval architect, a retired manager of a naval dockyard, and a serving Commodore, provided by the then Chief of Navy, who designed what was believed to be an affordable aircraft carrier. However the Government was not to be persuaded.

In 1980, the Navy League Victoria, with the co-operation of the Royal Yacht Club of Victoria, initiated a yacht race as its contribution to Navy Week. The race has become a regular event in the Club’s calendar with contestants sailing for the Geoffrey Evan’s Cup – ensuring that his name will be remembered into the future.
Evans was still working on Navy League matters in the days before his death, including providing input for the history of the Navy League of Australia.

As a member of the Naval Officer’s Club for many years, he enjoyed many lunches and dinners in the company of his many naval friends, but suffered ill health for some years. In the 1980s, he developed emphysema, having been a smoker for many years. He was confined to Heidelberg Hospital for some time and was not expected to live, but against the odds, survived for more than 20 years. He had major heart surgery in the ’90s. He was a fighter.

Geoffrey Evans was awarded an MBE in 1967 for service with the RANVR, and the OBE in 1982 for service to the Navy League of Australia. He did not marry and has no immediate survivors.
Here are the results of the GEOFFREY EVANS TROPHY WINNERS.

Commander Wilkins explained that this 2016 inaugural event was in fact the first revival of the Lonsdale Cup Event since the ninth, and last, annual “Little Ship Club” (LSC) Melbourne Regatta in 1954. Now in 2016 it is contested as a Perpetual Trophy.

The Lonsdale Cup is named after the RAN’S Base HMAS LONSDALE at Port Melbourne, H.Q., of the WW2 Volunteer Naval Auxiliary Patrol (NAP). The Base in turn was named after Navy’s torpedo boat, HMVS-HMAS Lonsdale, and Captain William Lonsdale, appointed Chief Government Agent for the new Port Philip district in 1836.

Click here for the results of the 2018 RVMYC LONSDALE CUP Rally_Results 4 March 2018.

FREEDOM OF ENTRY TO THE CITY OF MELBOURNE author Frank McCarthy, Sept 2019.

The Company of Master Mariners of Australia